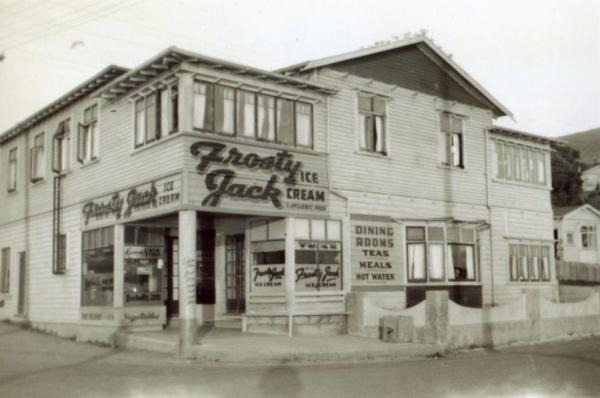 Plimmerton past and present showing how areas, houses and sights around town have changed over time. 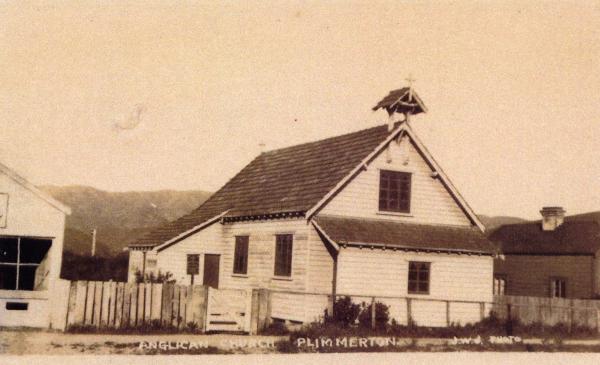 St Andrew’s Anglican Church Chapel on Steyne Ave, built in 1916 and designed by Frederick de Jersy Clere, is one of the oldest buildings in Plimmerton, and an important hub for events in the community. Photo by J.W. Johnson, a Plimmerton shopkeeper. 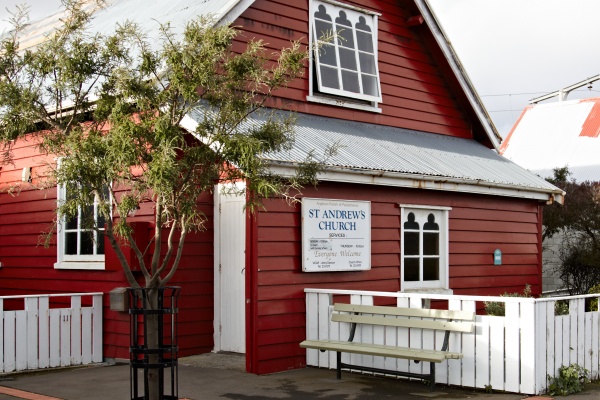 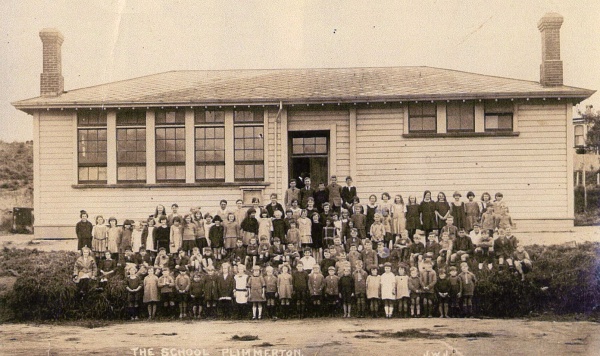 A local shopkeeper, J.W. Johnson, was an elite photographer, not only selling photographic materials but also taking photos of local events, such as the school photo for year 1924. 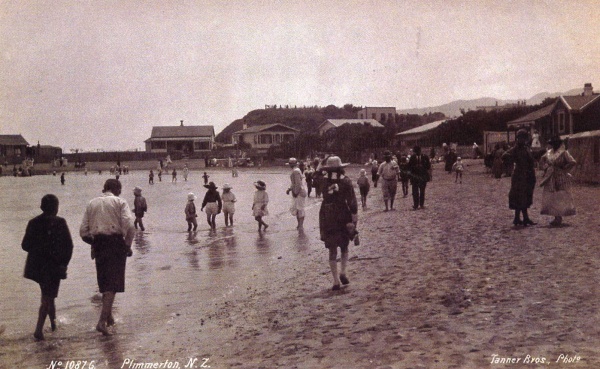 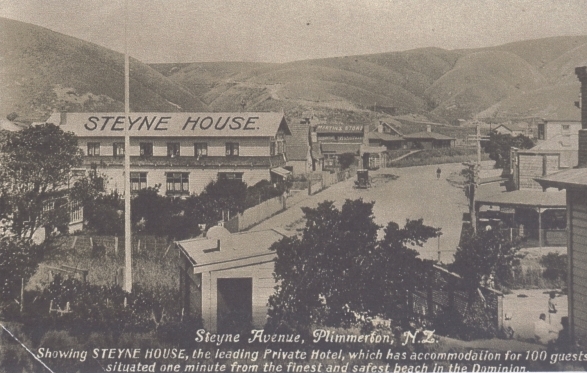 The Evening Post, 5 November 1925 carried a feature on Steyne House.

Steyne House is also mentioned in another advert of 1927 that it had 27 rooms for accommodation and was also able to hold dances, when the doors were opened on the ground floor between the Commercial and Dining areas.

Steyne House was advertised for sale, due to ill health by Mrs Brady in January 1928, later in March 1928 Steyne House and the entire contents of Steyne House were put up for auction.

After May 1928 Steyne House is no longer advertised. 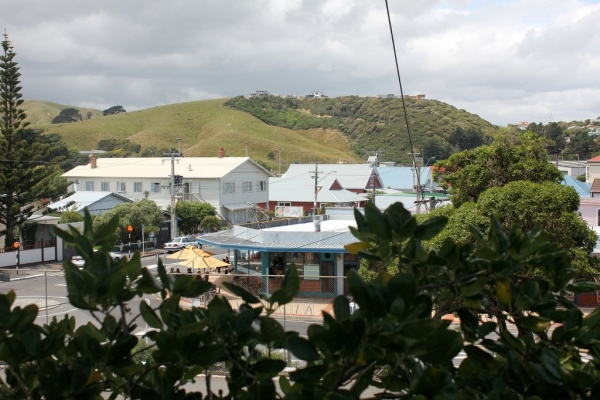 The present day photo is taken from above the Plimmerton Kindergarten looking across the lower Plimmerton Tennis Courts to the flats that now occupy the same building. 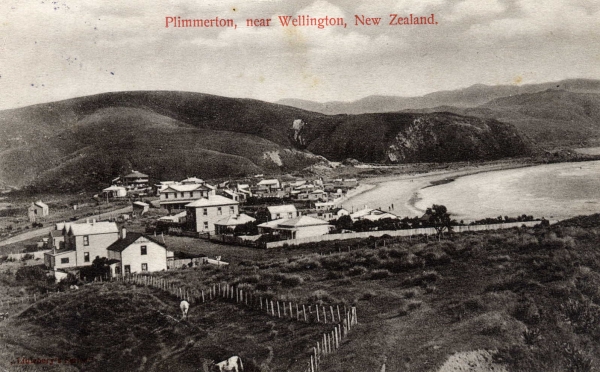 1902 – 1907
This shows Plimmerton from the hillside that will be Motuhara Road.  The photograph shows Plimmerton House, destroyed by fire in 1907, adjacent to Plimmerton Railway station, and Sokol House, this residence was built in c1902. 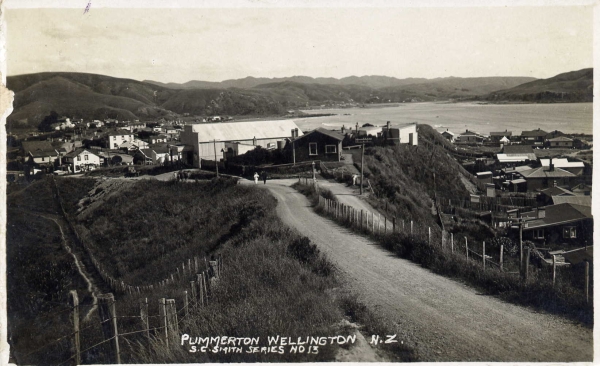 Pre 1924
The same scene, Steyne House has not been built, it was completed and opened in 1924.  The photograph does show Taupo Hall on Motuhara Road and an early Model T (perhaps) climbing the hill. 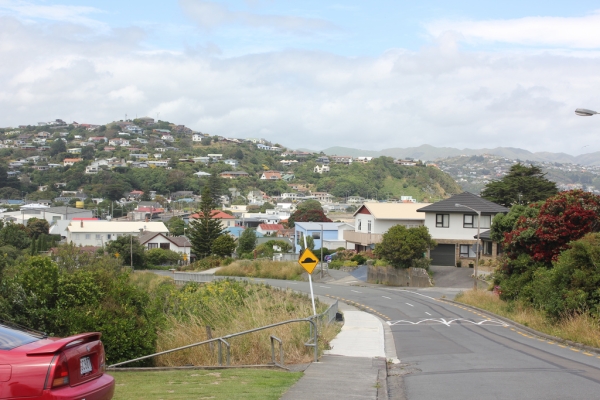 Today – photograph taken near 18 Motuhara Road looking down toward Plimmerton.

Around 1938
This short section of SH1 from the present road entry to Plimmerton to the corner of Grays Road was originally called Exeter Street (seestreet names for details)
Looking north from Tangi Moana. The Centenial Highway between Pukerua Bay and Paekakariki had not been opened. 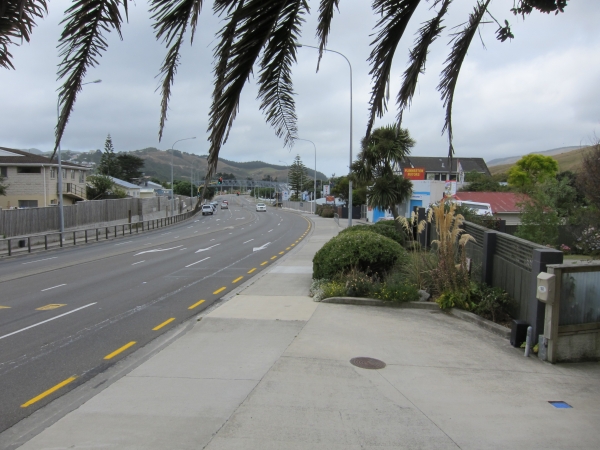 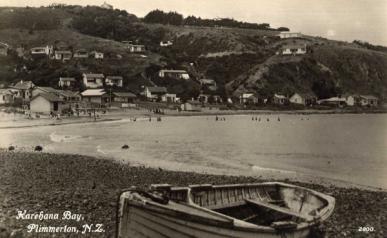 Karehana Bay c1930
By January 1909, George Troup had subdivided and offered by auction sections in Plimmerton Extension. In 1923 it was suggested that Plimmerton Extension had grown to size and that it should have a distinctive name and Karehana Bay was proposed. The name originated from Karehana Whakataki (also known as Te Weta) Ngati Toa who was said to be a chief of the old pa there.

Postcard photo taken from the area that is now the Plimmerton Boat Club car park looking across to Moana Road. Somme House (built in 1916) is at the right hand side of the postcard. 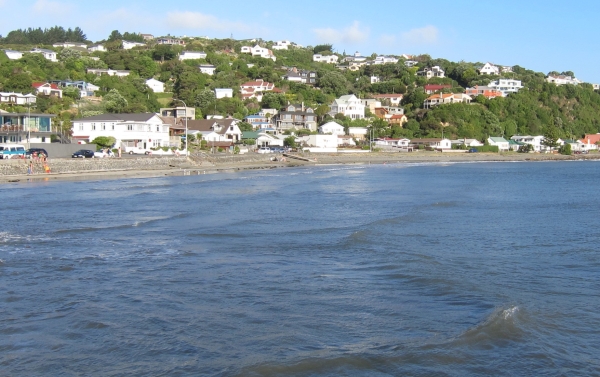 Today, Somme House on the far right peeks out from behind the Norfolk Pine. 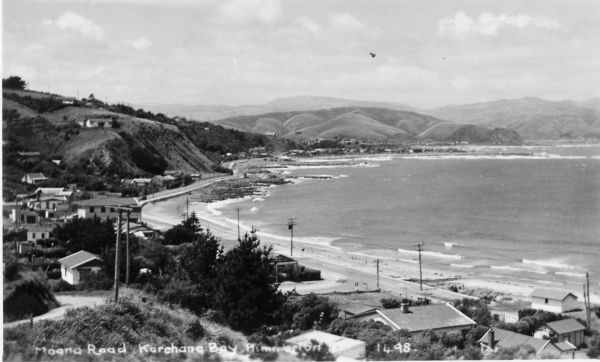 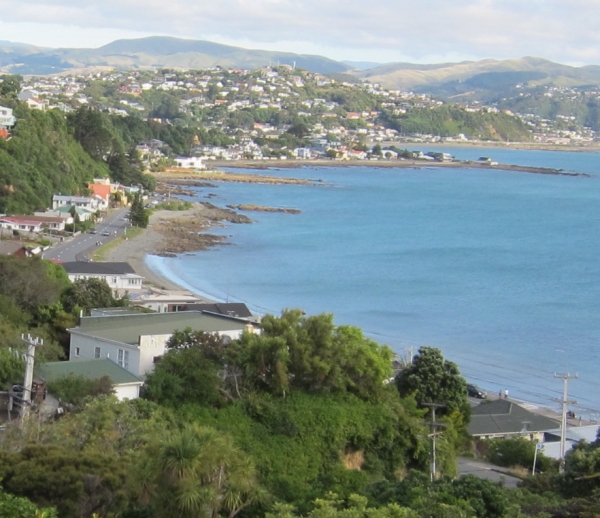 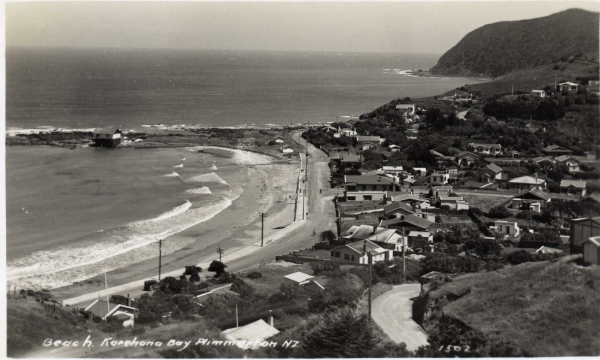 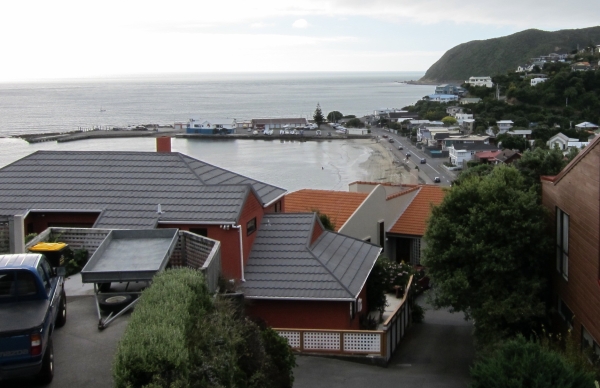 Today, you can’t get the exact shot as houses have been built but the changes over the last 80 years are visible. 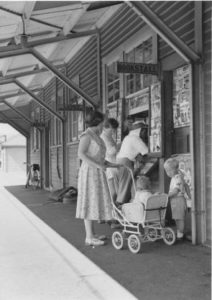 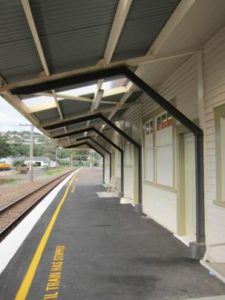 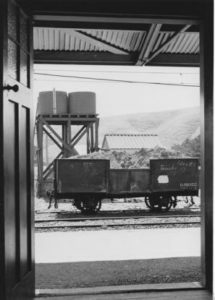 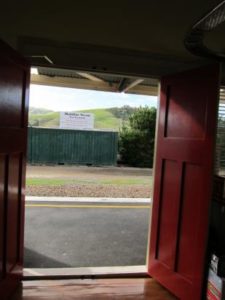 First photograph:
1956 photo used by NZ Rail publicity. The photo has been dated to February 1956 as there is an advertisment for Leap Year Art Union, the last of it’s type before Golden Kiwi replaced the older form of lottery.

Third photograph:
1960’s photo out of the Plimmerton Station waiting room looking east toward SH1. This was a busy siding with freight wagons from Winstons and other freight coming into Plimmerton by rail. The wagon is thought to have Winston Clay on it.

Snap shots past
Scroll to top