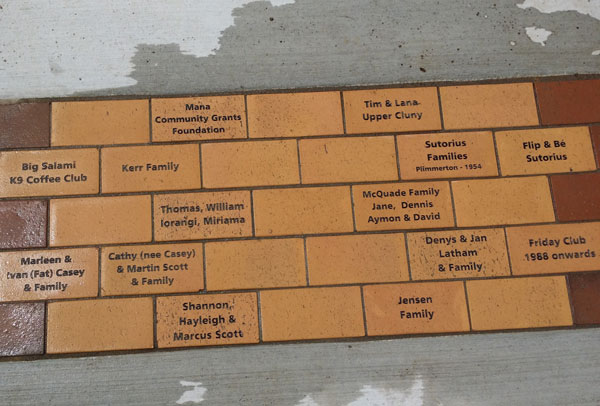 Karehana Park … the inspiration and the pathway

When a local grandfather tried to wheel his grandson and his wheelchair into Karehana Park and could not access it from either Airlie or Cluny Roads he decided something had to be done.

Roger Johnston formed a group within the PRA to look at what could be done. The problem was more than access from the roads and led to a major three year redevelopment of the whole park.

The first step was get a professional landscape designer to develop a plan that everyone was happy with and which could be implemented over time by volunteers as funding permitted.

The entrances were tackled first with landscaping and concrete paths designed to go from both entrances to the play area at the northern end. To fund this path the group sold personally inscribed pavers to local families who rallied around to support this initiative. Every time a batch of pavers was sold more path could be completed.

Back to the Community Projects list
Operation Snap Shot