Our wild life photographer Sandy Werner caught these shots of the elusive Pipiwharauroa.

Pipiwharauroa the shining cuckoo likes to live where it’s warm and where there is an abundance of insects so it makes its flight to NZ at the start of our warm weather.

Usually here, in Plimmerton, we start to hear its song some time in October. Riroriro, the grey warbler, on the other hand lives in NZ all year round. When October rolls around it has built nests and raised at least one brood, sometimes two.

Maybe Pipwharauroa is a lazy parent or is just conserving energy for migratory flight but it will find a working Riroriro nest, kick out the tenants, lay its own egg and depart. When the Pipiwharauroa chick hatches it is three times the size of the parent riroriro.

In Autumn Pipwharauroa flies back to the Bismark Archipeligo in New Guinea and Solomon Island.

It is believed that the migratory habits of Pipiwharauroa and another cuckoo (Koekoea, long tailed) encouraged the first people to follow their flight to NZ. 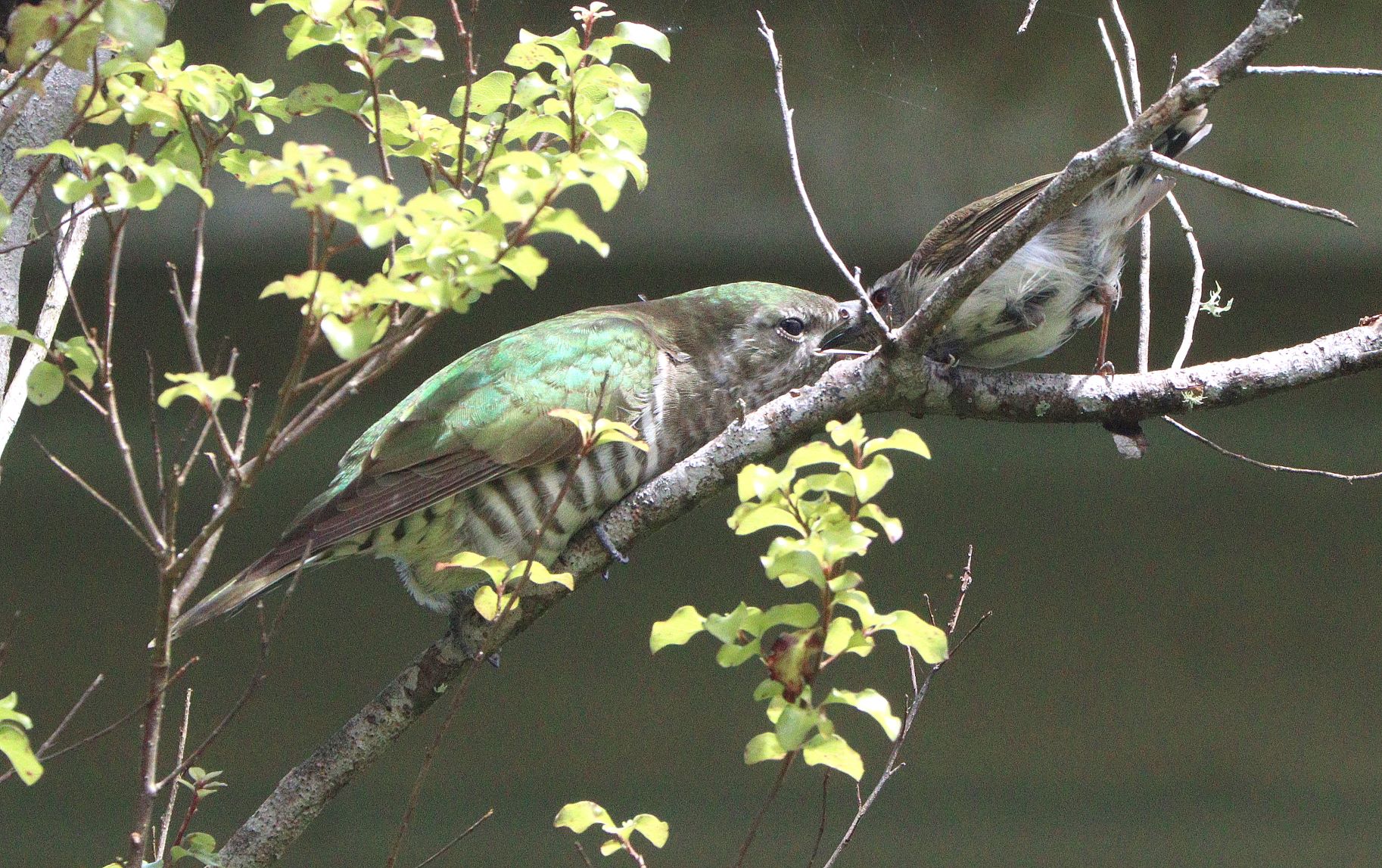 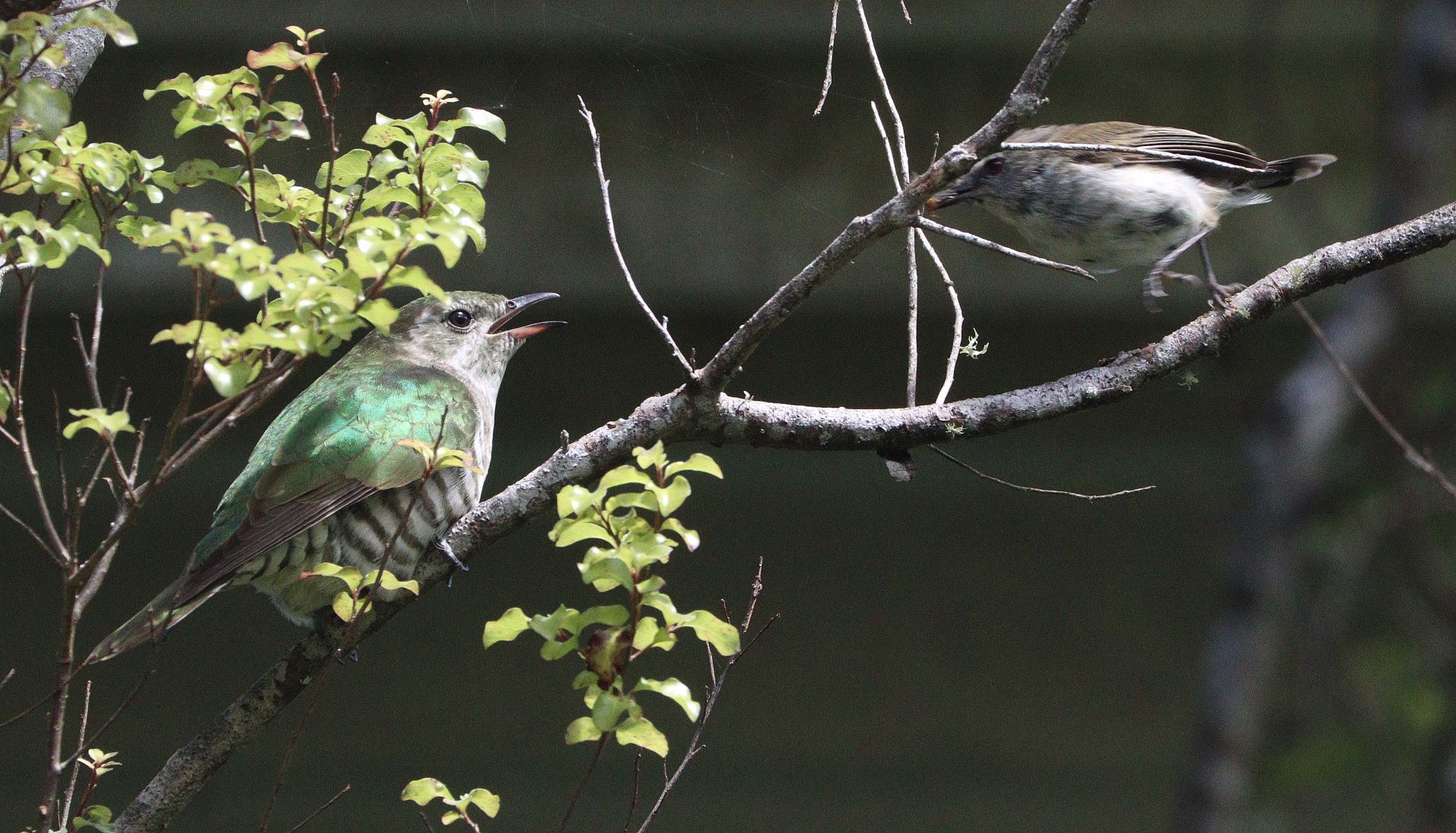