During recent earthworks for a new garage in Reserve Road, contractors working for Chris & Miriam Griggs dug out an old piece of machinery. Allan Dodson, Plimmerton historian has identified it as an old belt driven water pump.

In the 1920’s the Karehana Bay area was not connected to mains water and residents collected rain water for household use. When Cameron’s Guest House, now Moana Lodge, was built on the corner of Moana and Cluny Roads, it required a constant supply of water, especially during the summer months. 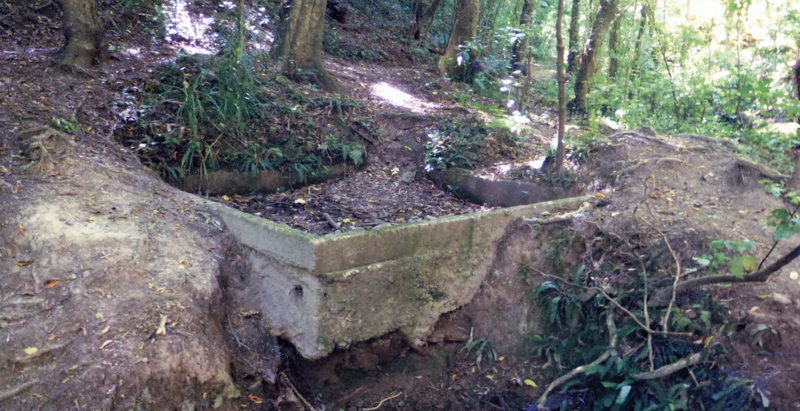 The tank, circled on this 1920’s postcard below, acted as a header tank for the guest house. Long term Karehana Bay resident, Reta Ewen, as a young woman in the 1930’s, remembers local men being able to collect water in kerosene cans from the tank during dry periods. 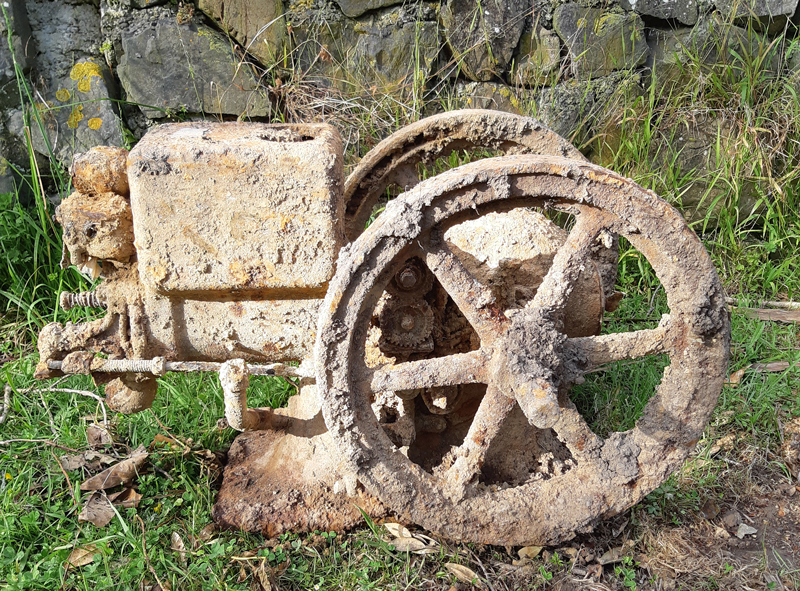 From the tank the water was piped down to a small number of taps along the road before reaching Cameron’s Guest House, its final destination. Here the water was used for flushing toilets and washing. Mains water was finally supplied to Plimmerton and Karehana Bay in the late 1950s. 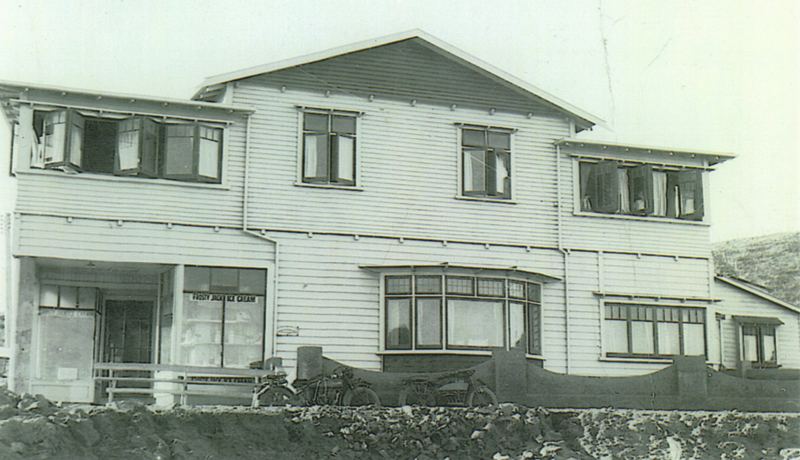